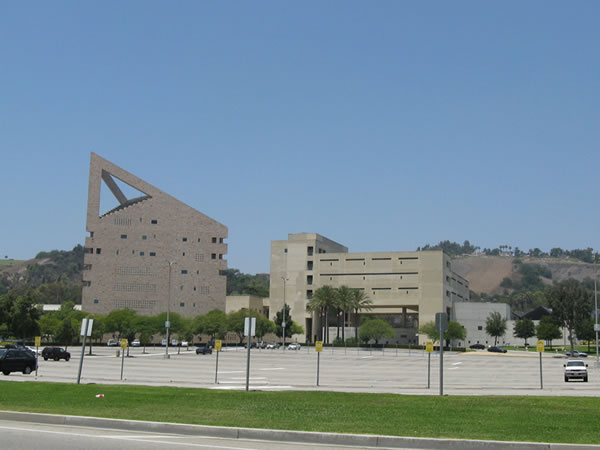 Pomona is the seventh largest city in Los Angeles County, California. Pomona is located in between the Inland Empire and the San Gabriel Valley. As of the 2010 census, the city population was 149,058.

The city is the site of the Fairplex, which hosts the L.A. County Fair and the NHRA Auto Club Raceway at Pomona, (formerly known as Pomona Raceway) Powerade Winternationals Drag Racing competition. The city also hosts the Pomona Swap Meet and Classic Car Show is considered by many to be a Southern California classic. It is one of seven major events hosted at the Fairplex each year. It’s also home of Cal Poly Pomona, a polytechnic university in the city’s western edge.

Since the 1980s, Pomona’s newest neighborhood Phillips Ranch, experienced rapid growth with homes still being built in the hilly area between Downtown and Diamond Bar. Today, Phillips Ranch is nearly all residential. Northern Pomona has seen some gentrification with additional housing units added and revamped streetscapes.

The area was originally occupied by the Tongva or Gabrielino Native Americans. The city is named for Pomona, the ancient Roman goddess of fruit. For Horticulturist, Solomon Gates, “Pomona” was the winning entry in a contest to name the city in 1875, before anyone had ever planted a fruit tree. The city was first settled by Ricardo Vejar and Ygnacio Palomares in the 1830s, when California and much of the now-American Southwest were part of Mexico. The first Anglo-Americans arrived in prior to 1848 when the signing of the Treaty of Guadalupe Hidalgo resulted in California becoming part of the United States. By the 1880s, the arrival of railroads and Coachella Valley water had made it the western anchor of the citrus-growing region. Pomona was officially incorporated on January 6, 1888.

Religious institutions are deeply embedded in the history of Pomona. There are now more than 120 churches, representing most religions in today’s society. The historical architecture of these churches provide glimpses of the European church design and architecture from other eras.

In 2005, Pomona citizens elected Norma Torres, the first woman of Guatemalan heritage to be elected to a mayoral post outside of Guatemala.

There are two parochial schools located in Pomona: St. Joseph Catholic Elementary School, K-8, and Pomona Catholic High School. The School of Arts and Enterprise is a charter high school located on Monterey Ave. and Garey Ave. Village Academy High School is also located on E. Holt Blvd and East End Ave. It is a high school that focuses on technology.

All information about Pomona courtesy of Wikipedia.

We Provide Our Clients With